Rachel is still in the custody of The Nuclear Family as she tries to escape when Kory shows up and saves her. Kory was hoping that Rachel would be able to tell her who she is, both girls have powers but it seems like Kory has more of a handle on it (a sort of difference between light and dark powers). Kory takes Rachel to the convent that she and her mother stayed in back when she was a baby. Kory got this information about the convent from a picture she took from Rachel’s house, Dick is aware of Kory and tracks her and Rachel down using the car plates, instead of staying with Dawn and Hank, which is a good idea considering him and Hank were never on good terms. 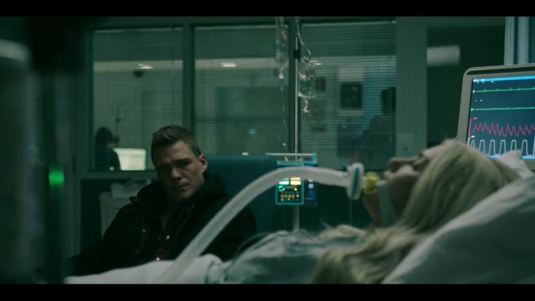 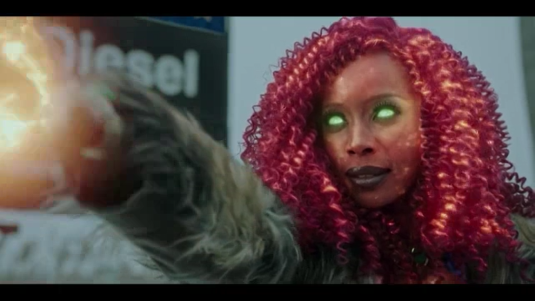 Dick and Rachel have a power struggle over who should be the one to take Rachel but Rachel wants to go with Kory. Once they get Rachel back to the convent after she has an outburst, Kory decides to get more information about who she is why she has been looking for Rachel. In that storage room, both Dick and Kory find out that Rachel is more dangerous than she appears, in fact, she seems to be part of a prophecy, labeling her the destroyer of worlds. Rachel, on the other hand, bursts out of the convent when she is imprisoned and is on the run, although we are not sure what she (the dark entity in Rachel) plans on doing and what Dick or Kory can do to help her. I think more knowledge of the prophecy is in order and that will lead to more of Kory and Dick together. 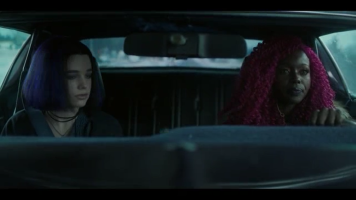 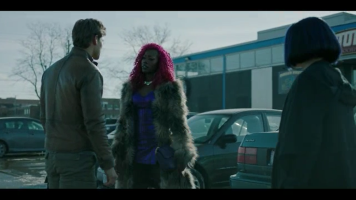 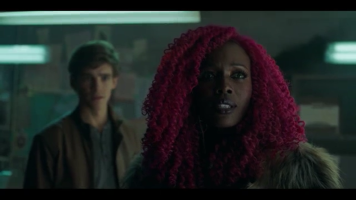 It’s weird that Dick was doing everything he can to get Rachel back when he was so ready to leave by Dawn and Hank’s place. Or maybe he just feels like he needs purpose cause he can’t just focus on how Dawn is doing. His past is revealed and it appears that the accident that killed his parents may not have been an accident after all and Dick and Bruce may have something in common. Bruce used their commonalities to get close to him and eventually recruit him. It is disappointing that we are three episodes in and we have yet to see Bruce Wayne or Alfred but we know that they have not cast those characters yet it would be nice to see what they think about Dick’s extracurricular activities. There is a quick scene where we see Rachel and Garfield Logan, the boy who changed into a tiger, interact which is so cute because they both have weird color hair and are so young and so powerful.